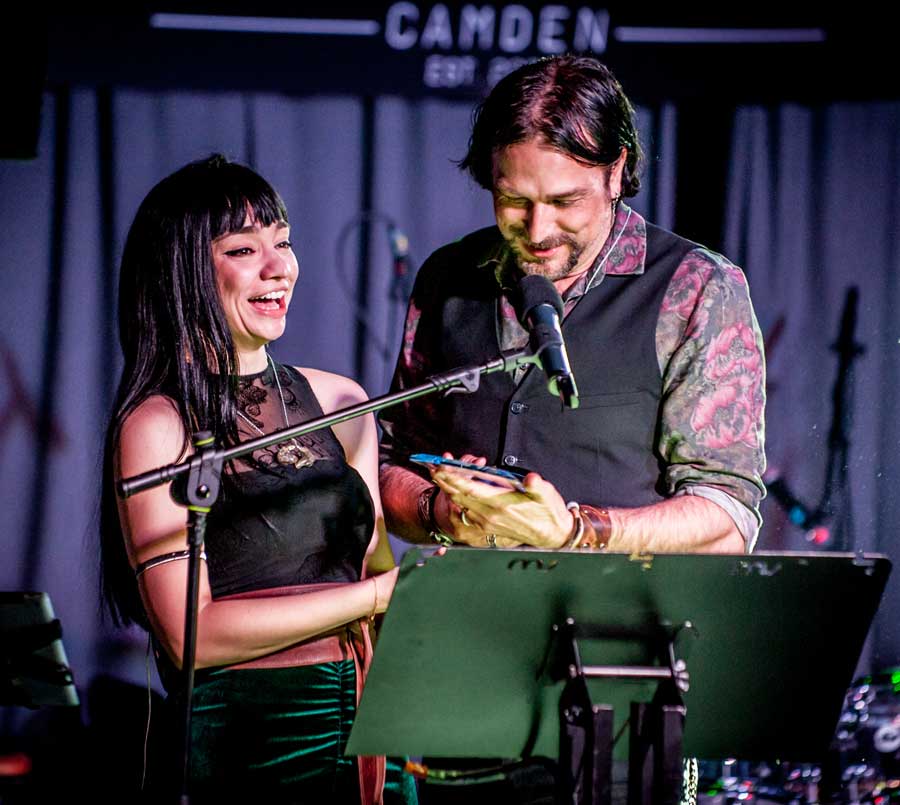 When Rivers Meet collecting their 2022 award for best album. Image by Paul May

What Are The UKBlues Awards?

The UK Blues Federation believes that Blues music in the United Kingdom (UK) needs to be better represented and coordinated in order to achieve the respect and prosperity that it deserves.

Consequently in 2015, we established a pan-UK Federation to promote and support Blues in and from the UK in all its forms and styles. It is our aim to achieve the maximum recognition for UK Blues music, past, present, and future and thereby to boost the profile and prosperity of all involved with the genre in the UK, bringing those involved together to achieve this vision.

As an Affiliate of the Blues Foundation in The USA and an Active Member of the European Blues Union our activities have a global reach.

Since 2018 The UK Blues Federation has been hosting The UK Blues Awards. Our aim being to allow the industry and the public to nominate and vote for those they believe, through their work in the previous year, deserve the recognition an Award will give them.

The 2018 event saw the cream of Blues in the UK congregating at a sell out event in Worthing Pier’s glorious art deco Pavilion.

For two years we were forced to hold a ‘virtual’ Awards Ceremony online using Facebook and YouTube. Hosted by Paul Jones (famed for his part in Manfred Mann, The Blues Band and, of course, latterly as host of Radio 2’s Blues Show) the shows had in the region of 3,000 viewers on YouTube while 2021’s show on Facebook had 8,000 views and a post reach of over 18,000.

In 2022 we held a live show at The Powerhaus in Camden, London on 15th May. This was also streamed live on Youtube, thereby reaching a worldwide audience.

Paul Jones was again our host for this prestigious event which, along with other star presenters also featured live performances from Award nominees.

News of the 2023 gala presentation evening will be coming soon.   Our 5th UK Blues Awards and it seems that every year they get better and better.  As soon as you see the ticket links make sure you get yours!