The UKBlues Awards was created by the UKBlues Federation in 2017 to give the blues community in the UK the opportunity to recognise and applaud those actively involved with the scene and the inaugural Awards in 2018 were widely well-received.

The Awards themselves were presented at a sold-out celebration on Worthing Pier in April 2018, MCd by Ian Siegal.

Unfortunately, the Awards planned for 2019 did not take place but the UKBlues Federation worked hard to make sure that 2020 saw the return of the UKBlues Awards.

The results were to be announced and the Awards presented at our Awards Celebration on Sunday 17th May 2020 at the iconic Dingwalls in London. However, following Government advice, and due to lockdown restrictions the awards had to go online.

It was still the case for 2021 and another virtual awards took place on May 9th. This time Paul Jones and Bob Harris were joined by Joe Bonamassa, Jon Cleary, Erja Lyytinen, Kaz Hawkins, Cerys Matthews, Andy Fairweather Low, and Mike Vernon to present the awards.

The evening culminated with a showstopping jam version of a song that seems well-suited to the moment — ‘Let The Good Times Roll’ — featuring many of the winners and finalists from the 2021 UKBlues Awards. – A proper celebration of the UK Blues scene!

Watch the 2021 UKBlues Awards below:

Watch the 2021 UKBlues Awards finale jam to ‘Let The Good Times Roll’ below:

The UKBlues Awards was created by the UKBlues Federation to give the blues community in the UK the opportunity to recognise and applaud those actively involved with the scene in the UK. 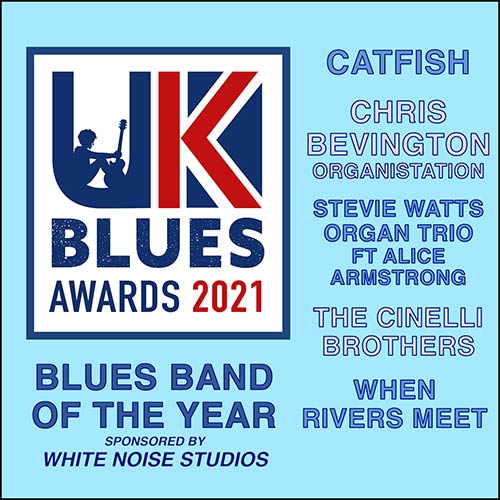 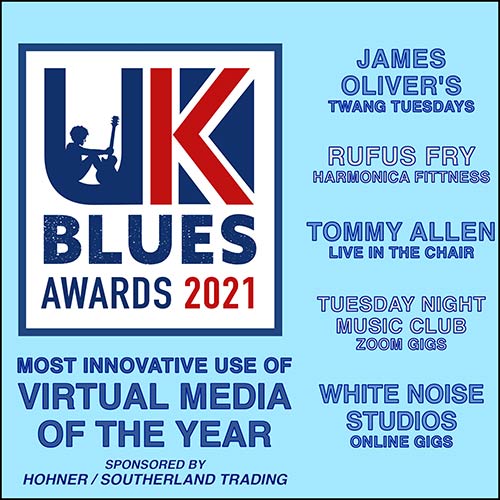 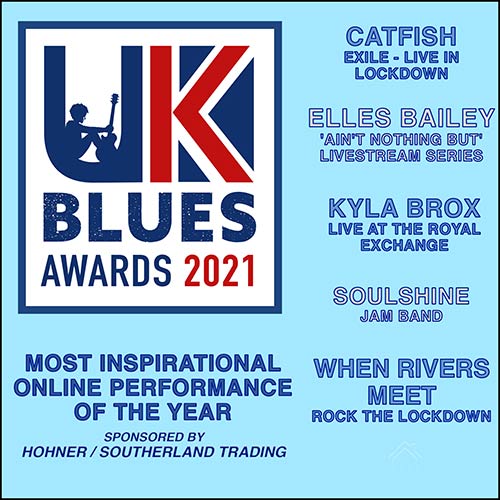 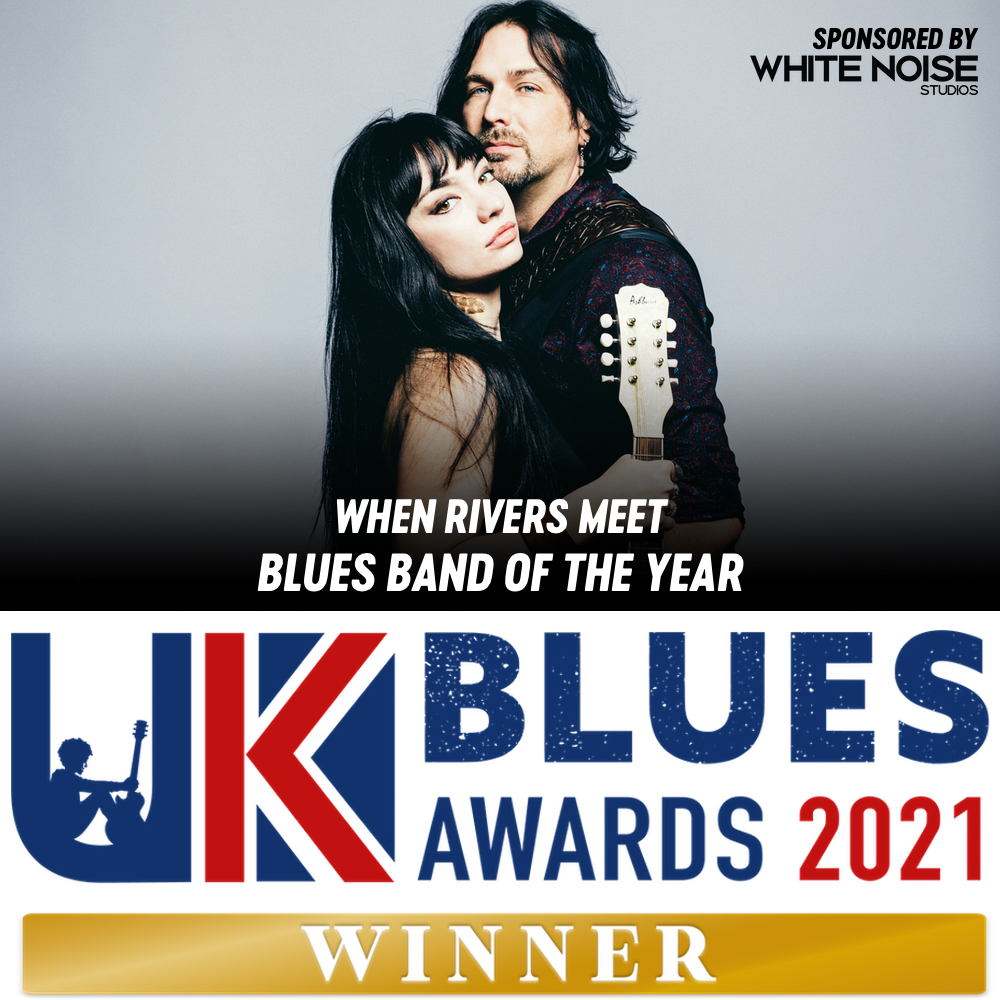 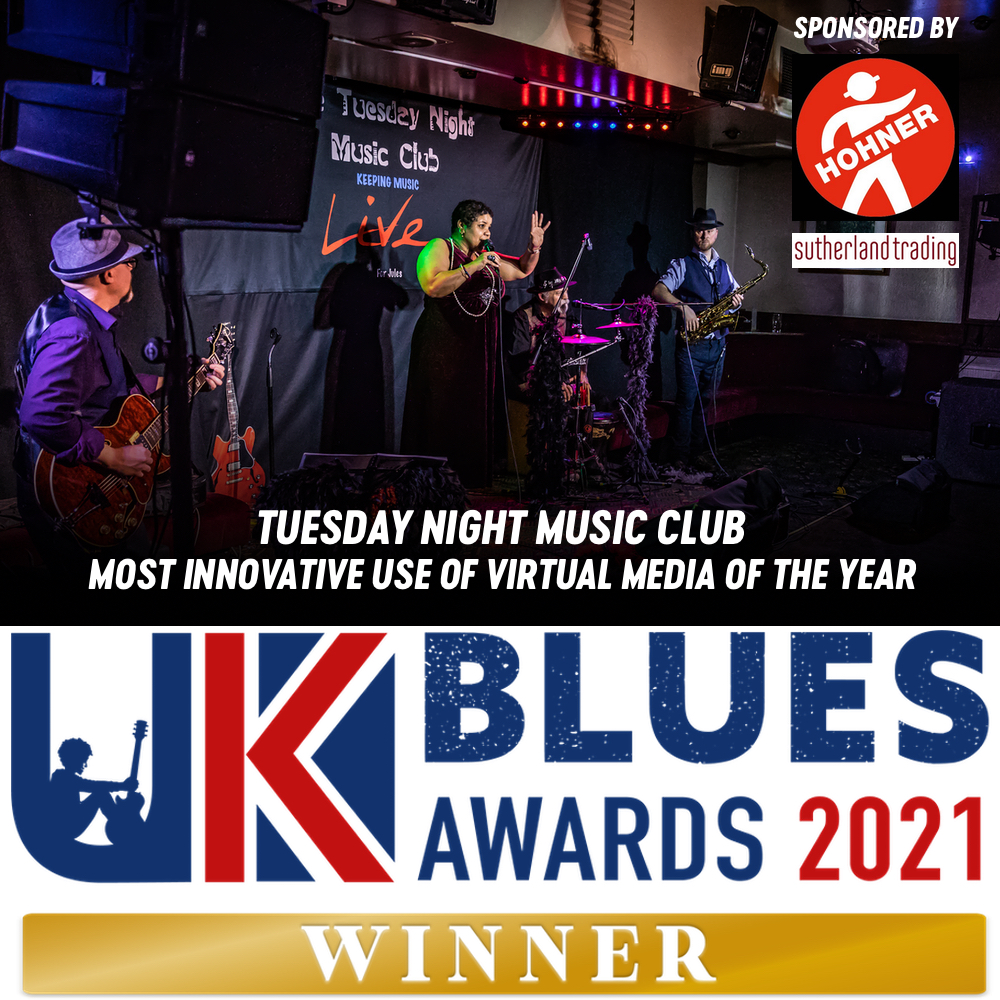 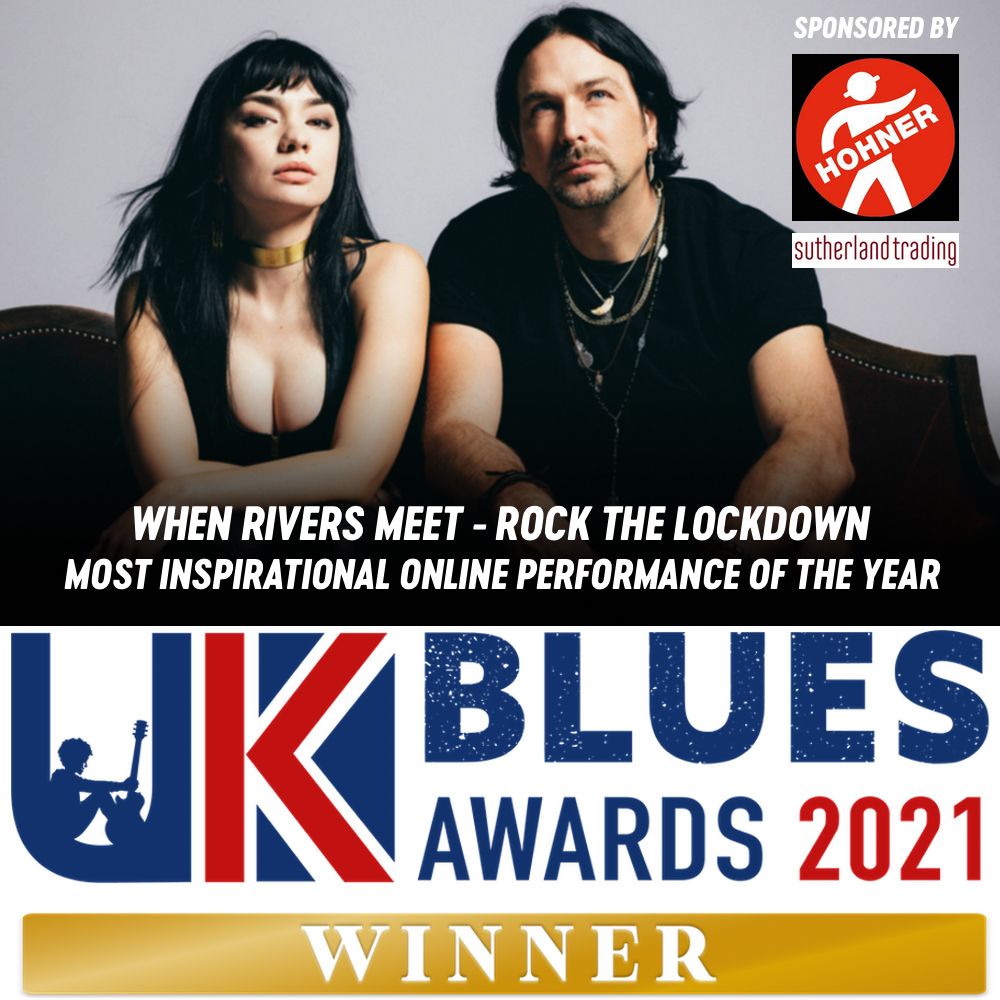 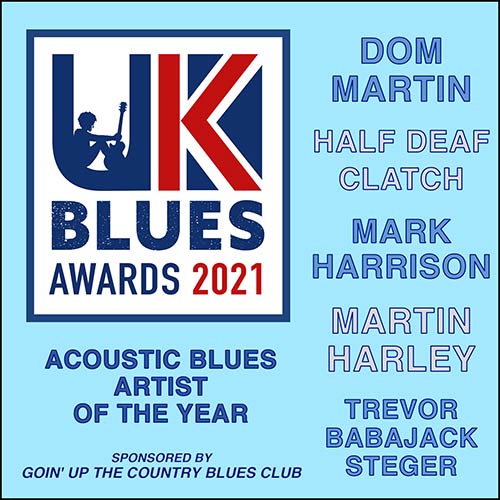 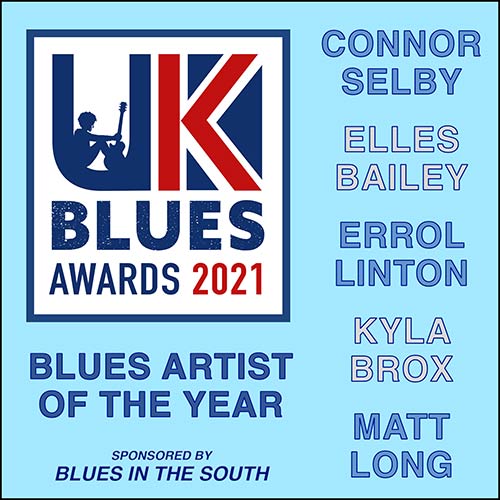 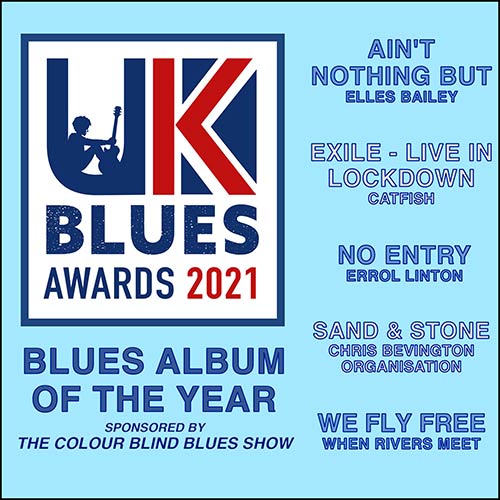 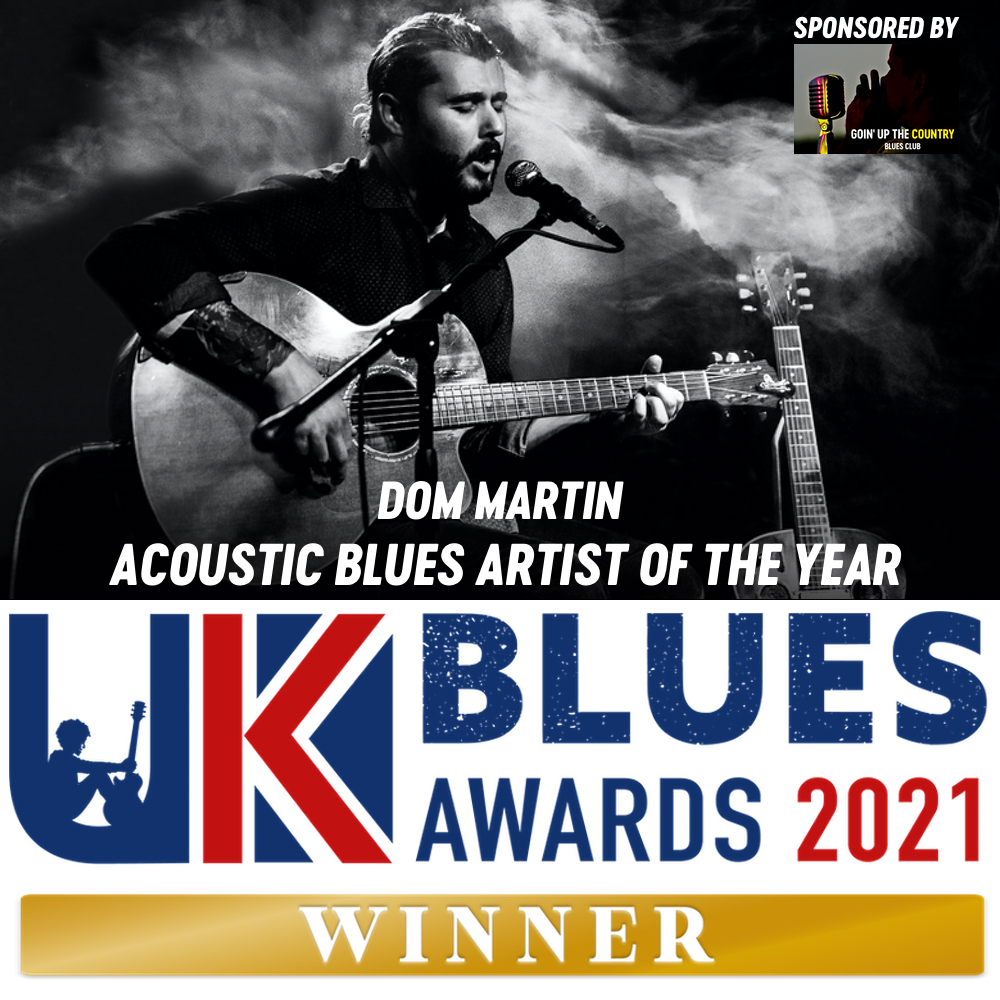 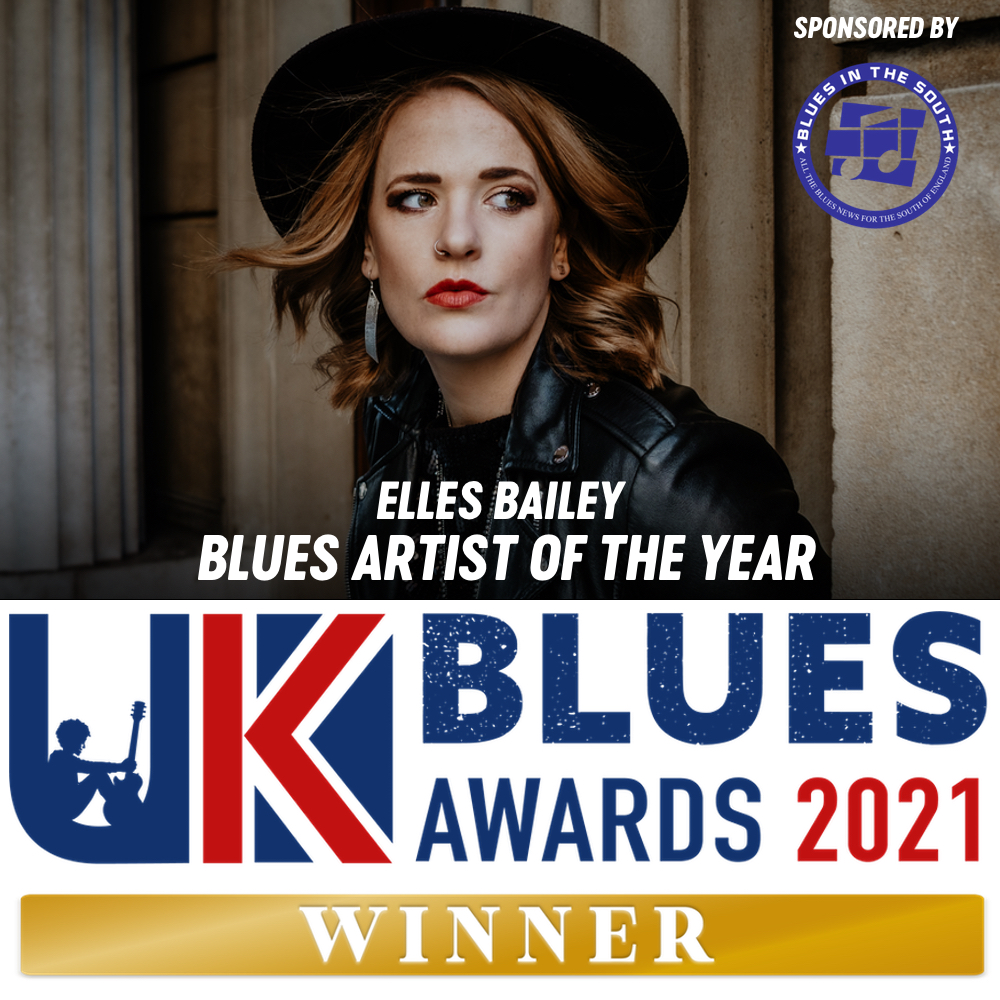 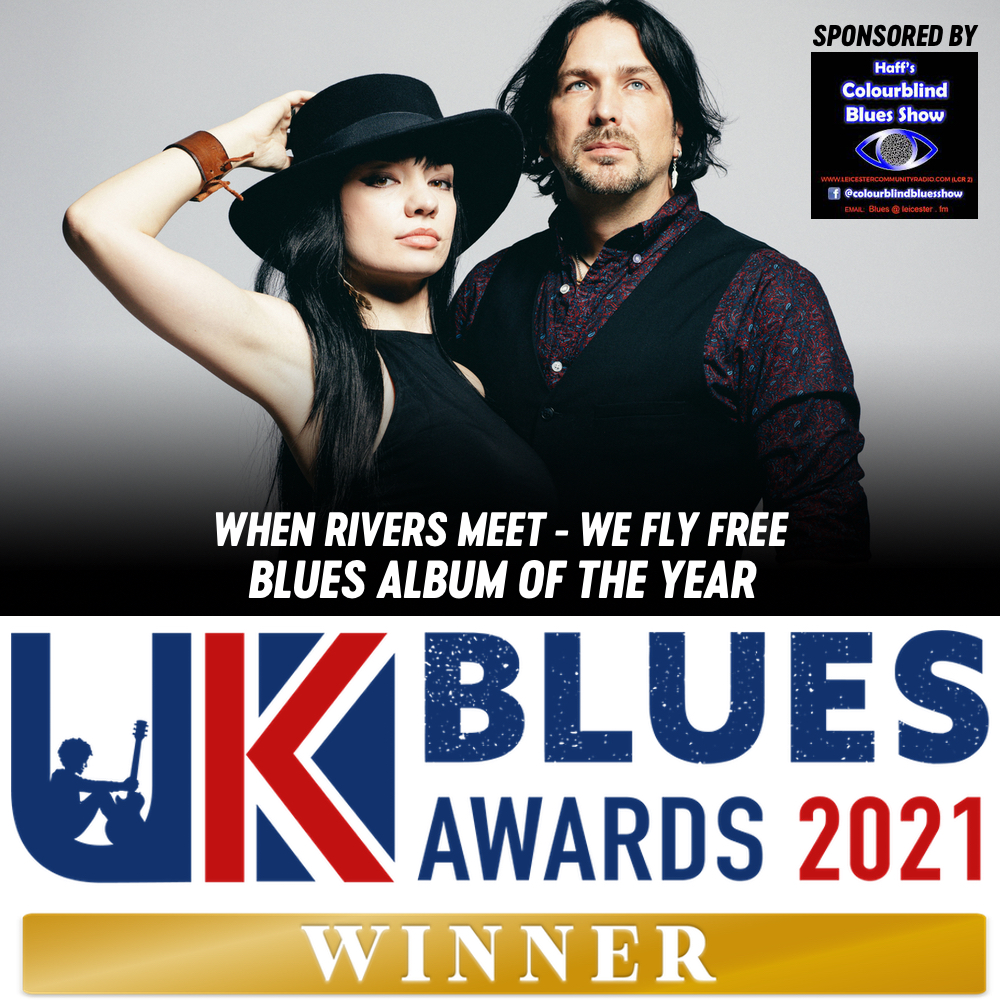 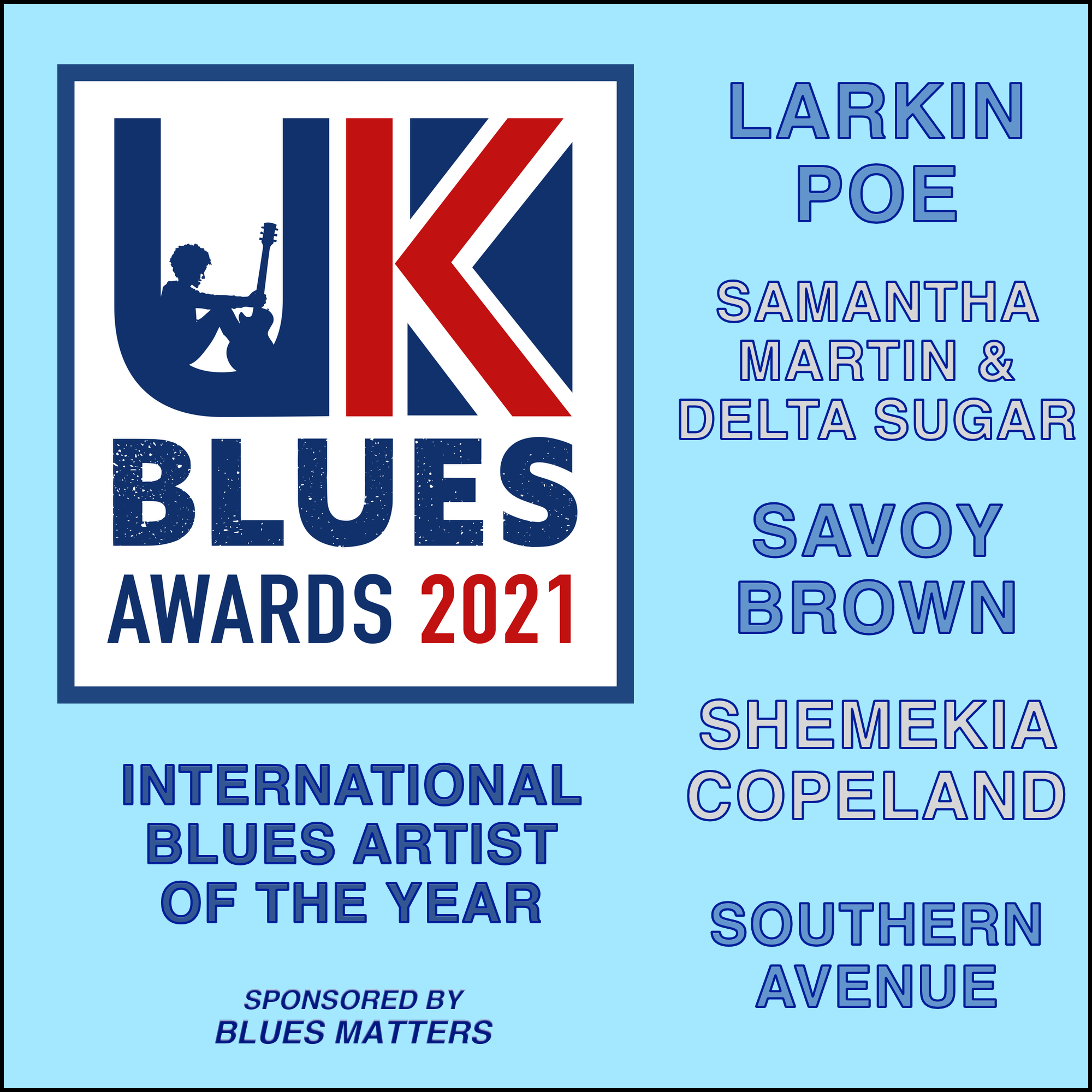 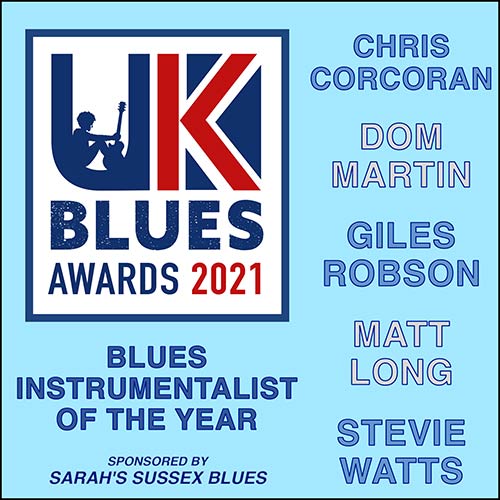 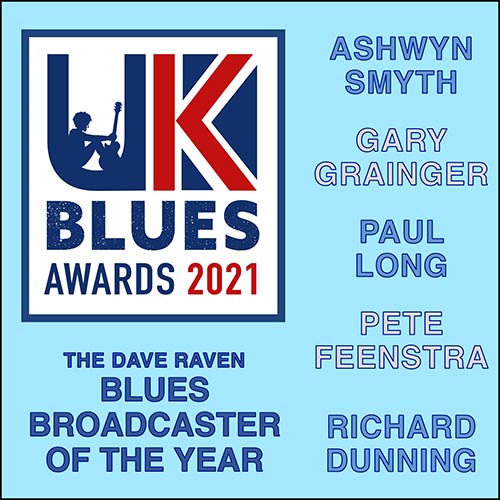 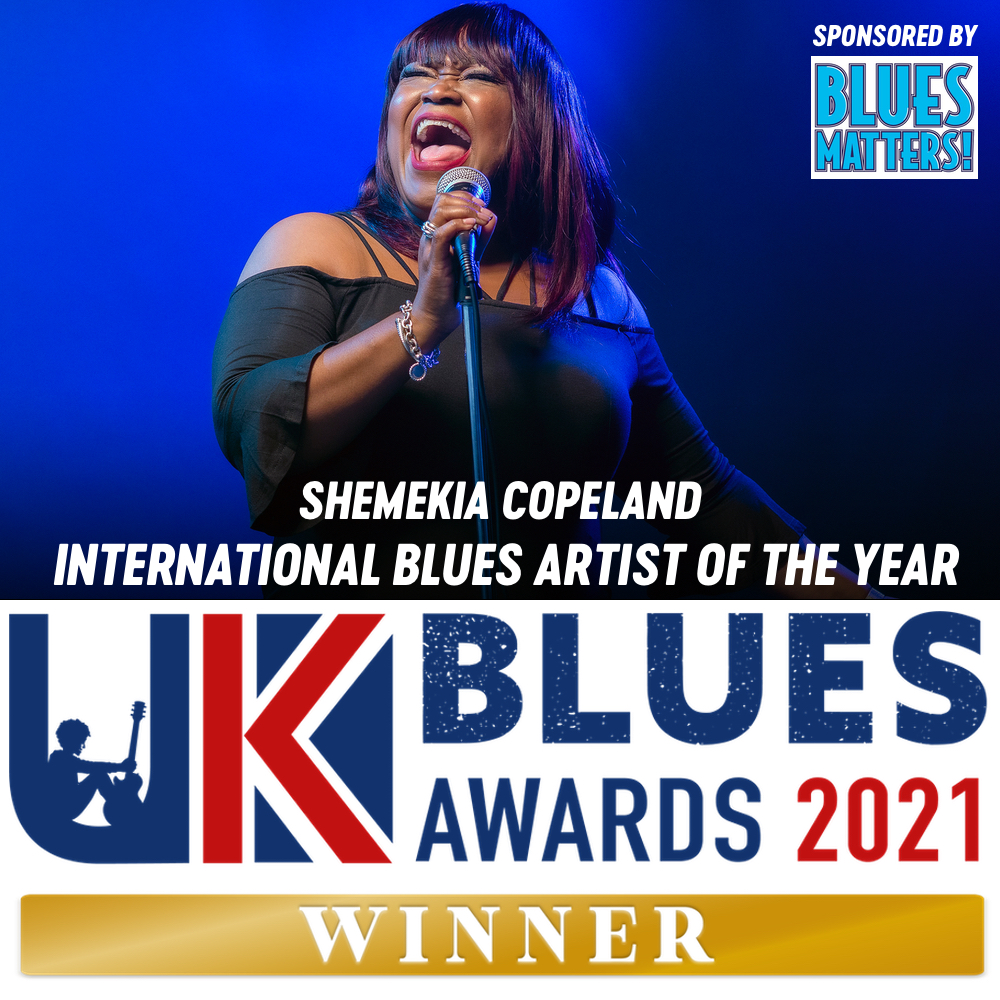 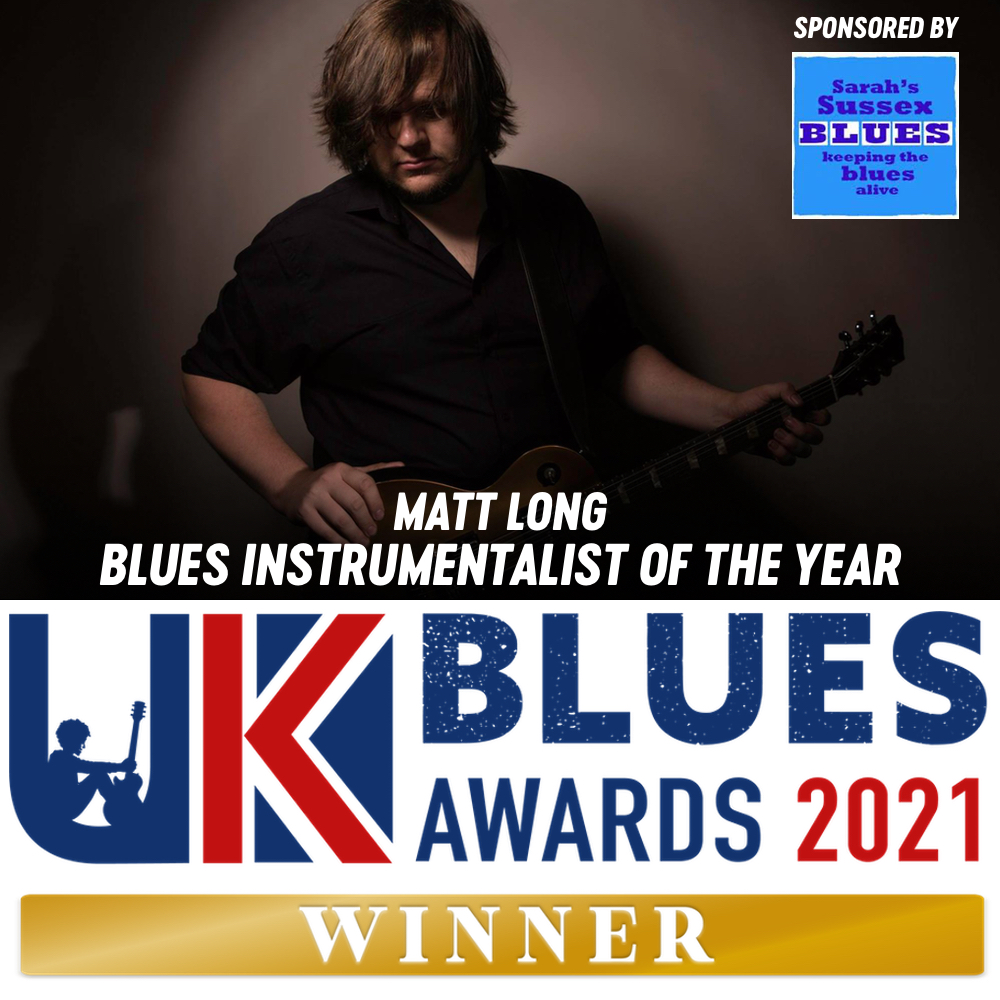 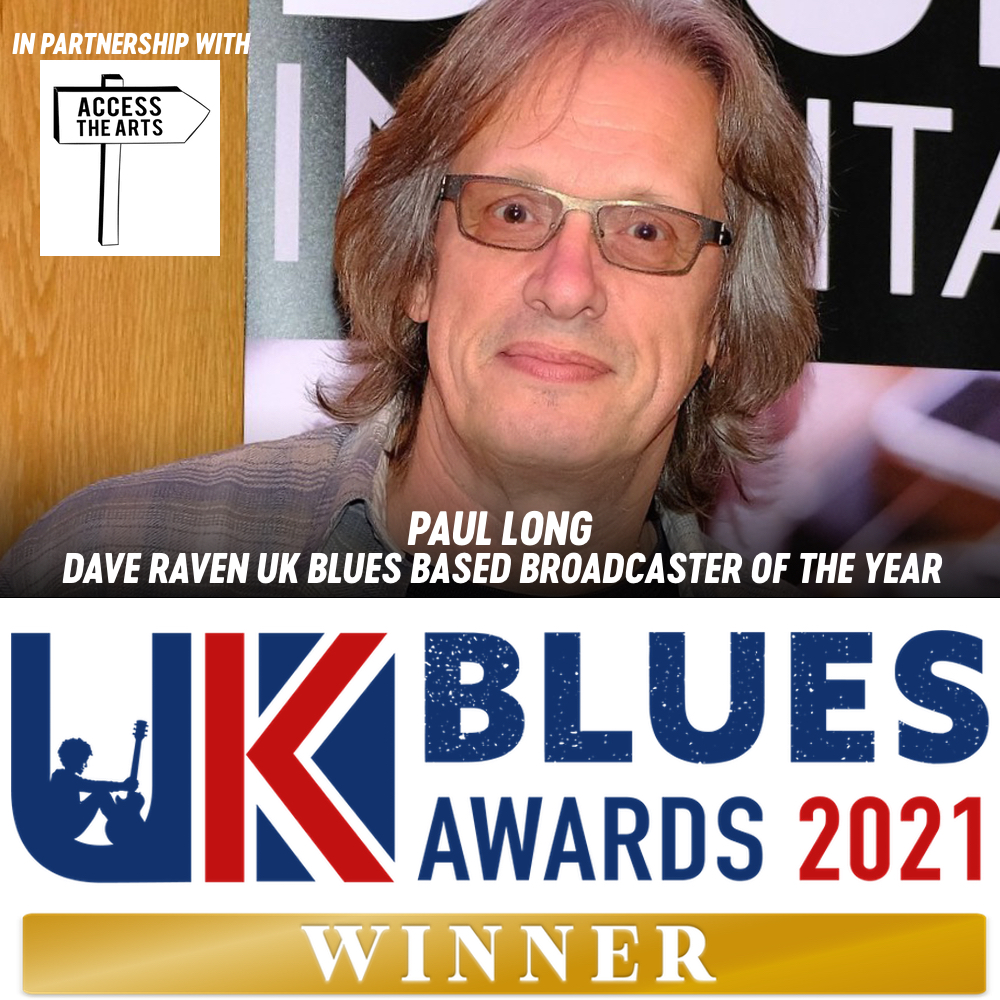 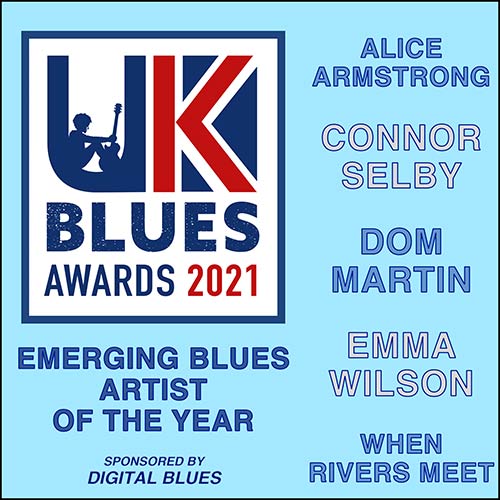 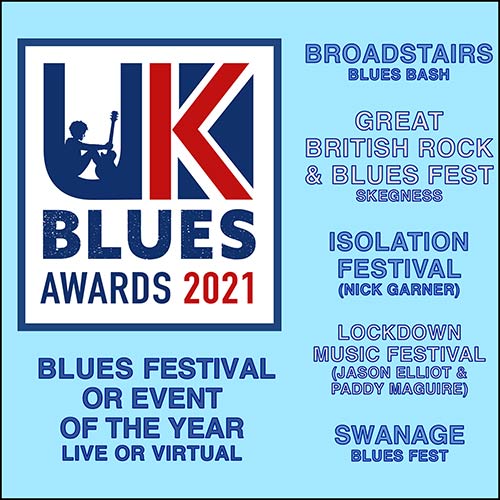 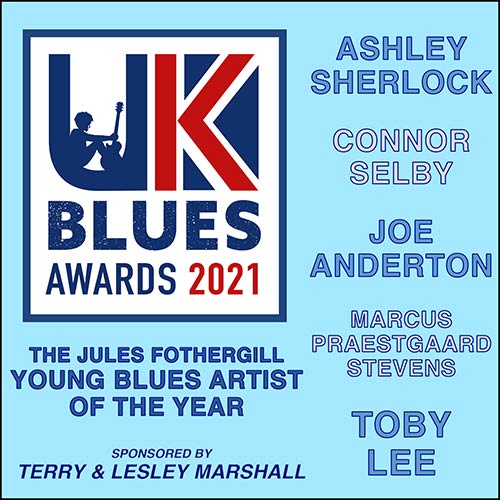 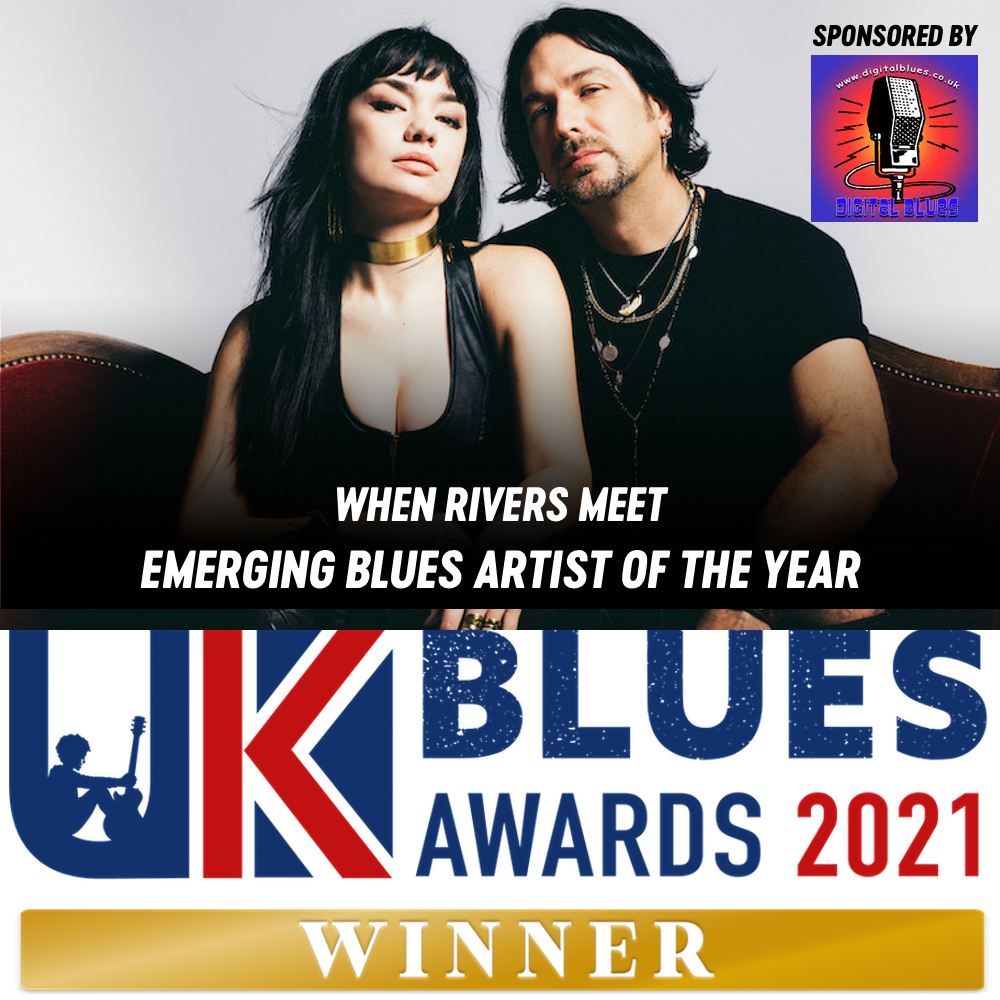 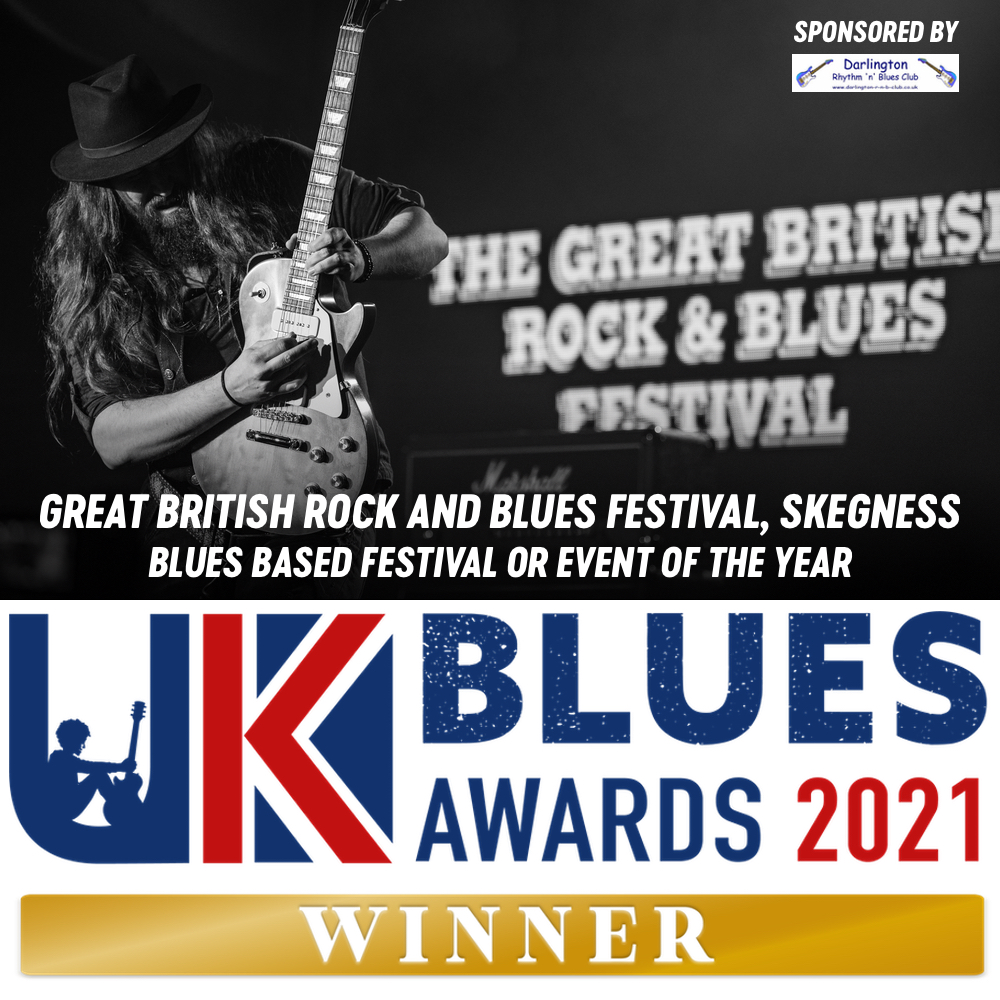 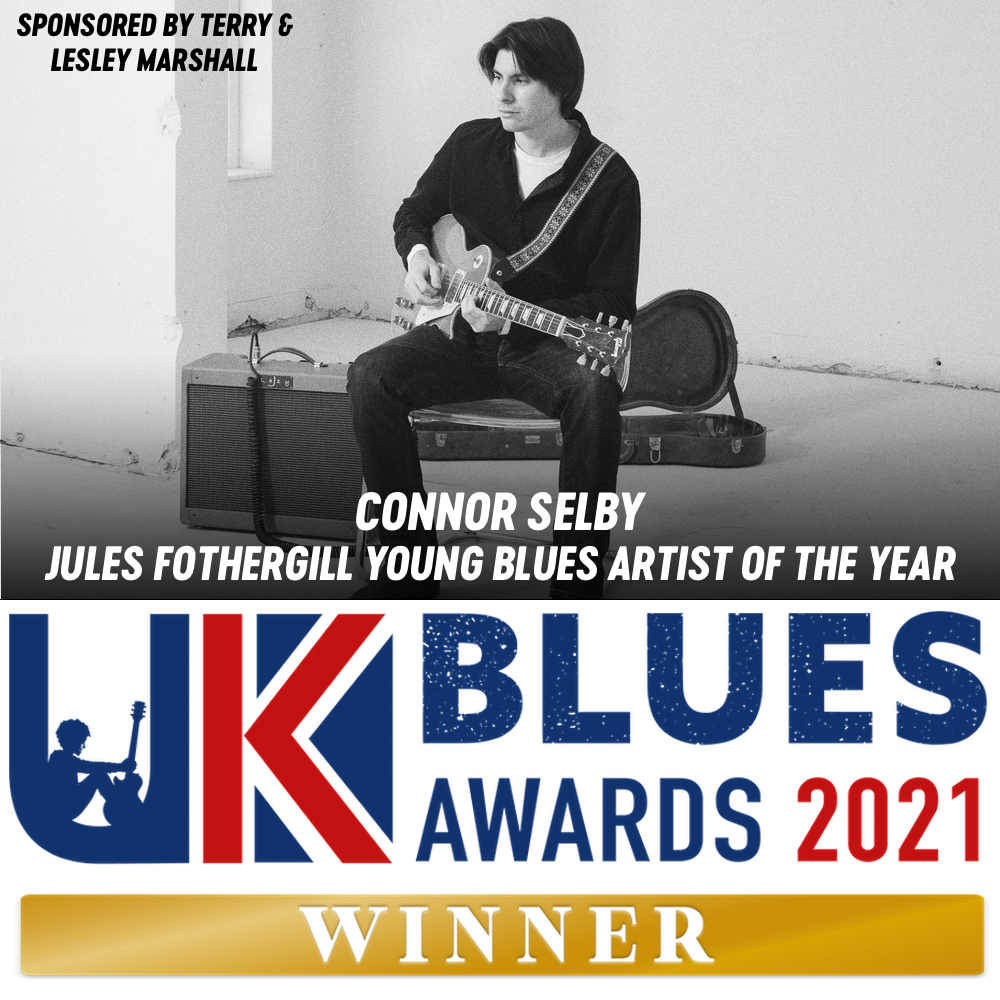 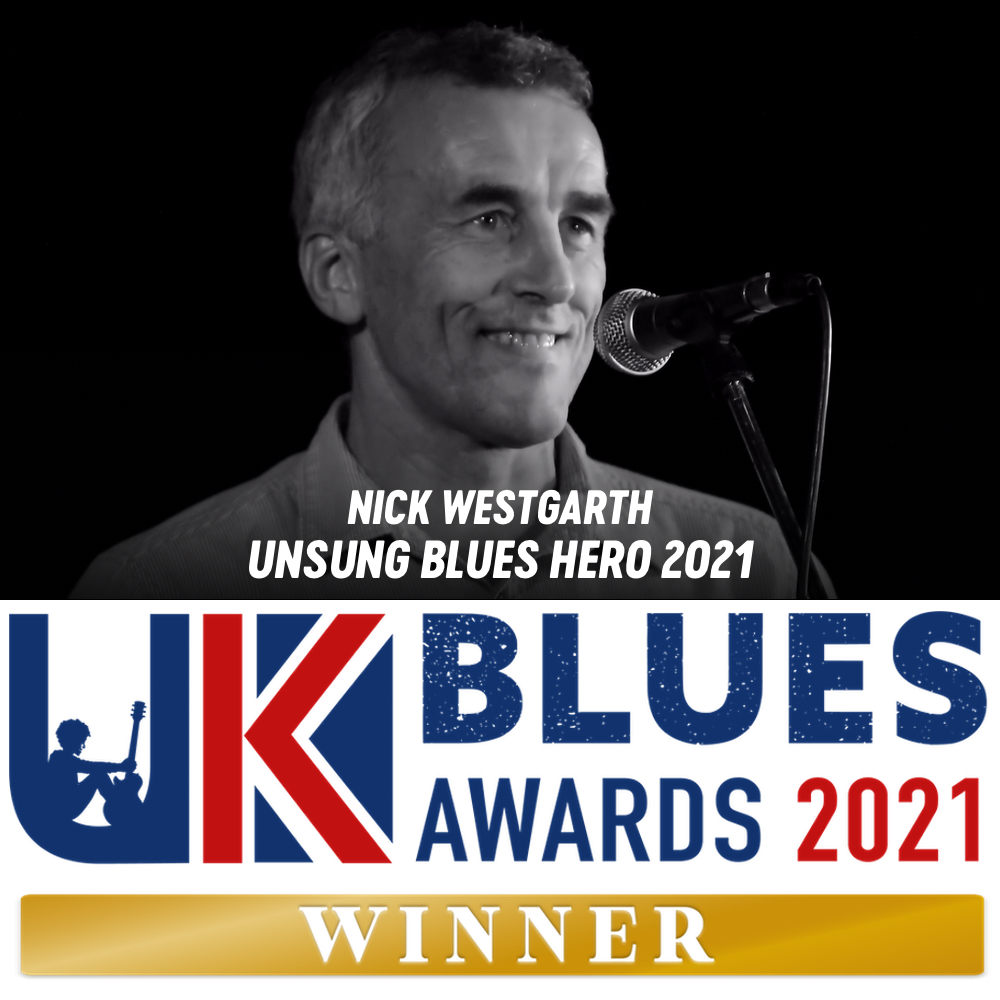 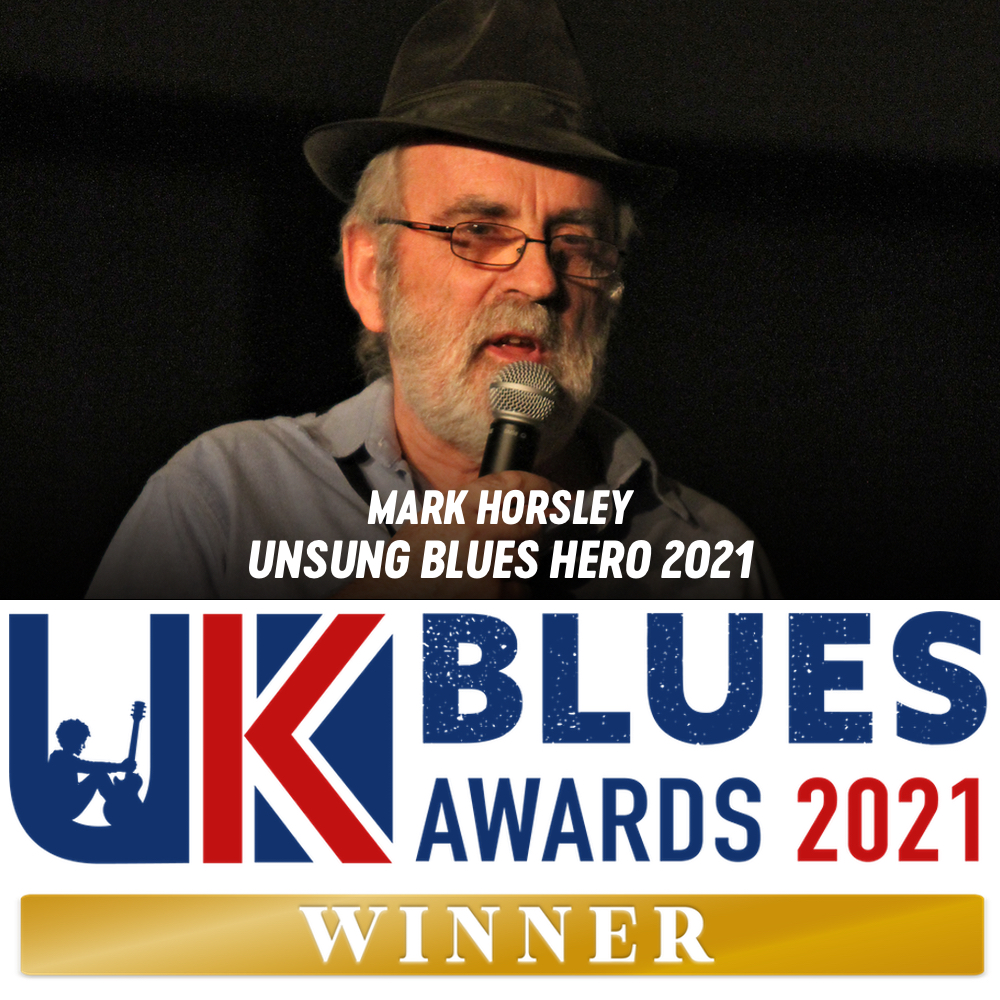 Huge thanks to our sponsors…

If you’d like to know the full set of rules behind the awards, click on the tab below.

The nomination, voting and award process will be managed by the Board of the UKBlues Federation and overseen by an external scrutineer.

The Awards year – the qualifying period – will run from 1st January 2020 to 31st December 2020 both days included. The Awards will be presented at an exclusive ceremony to be held in May 2021.

Definition of Blues: Any attempt to define this genre will always be a matter of opinion, individual taste and something of an ever moving target so, if a band, artist, act, songwriter or album meets the nominator’s definition of  ‘Blues’, then they are invited to nominate them.

Blues Artist of the Year

A UK blues artist who, during the Awards year, has made the most significant impact through the quality of his/her performance and/or recordings.

Blues Instrumentalist of the Year

A UK blues instrumentalist who, during the Awards year, has made the most significant impact through the quality of his/her performance and/or recordings.

Blues Band of the Year

A UK blues band that, during the Awards year, has made the most significant impact through the quality of their performance and/or recordings.

Acoustic Blues Act of the Year

An UK acoustic act that, during the Awards year, has made the most significant impact through the quality of his/her/their performance and/or recordings.

A UK artist aged under 25 on the 31st December of the Awards year who, during the Awards year, has made the most significant impact through the quality of his/her performance and/or recordings.

International Blues Artist/Band of the Year

A blues artist or band from outside the UK who, during the Awards year, has made the most significant impact through the quality of his/her/their performance and/or recordings.

Emerging Artist(s) of the Year

A UK blues artist(e), duo or band– for whom this year has seen a significant raising of their profile, experience and presence on the UK blues scene.

Blues Album of the Year

A blues-based album (7 tracks or more) by a UK band/artist(e) first released during the Awards year.

Recognising those who work tirelessly behind the scenes and out of the spotlight, promoting, encouraging, supporting, facilitating and nurturing the blues in the UK

Blues Based Festival or Online Event of the Year

The UK Festival or Event – live or virtual – which, in the Awards year, best catered for the attendees, was well organised and priced and offered the broadest choice of blues-based acts.

Dave Raven UK Blues Based Broadcaster of the Year

A person or persons who produce/present regular (at least once per calendar month) blues-based radio shows, podcasts and the like which emanate from the UK.

Most Inspirational Online Performance of the Year

The most inspirational, emotional and/or moving use of virtual media for a musical performance in the blues sphere

Most Innovative Use of Virtual Media of the Year

The most innovative and unique use of virtual media to provide entertainment, education, information in the blues arena during the pandemic.

All categories will be open to anyone on the nomination panel to nominate other than the following:

Blues Unsung Hero of the Year – The winner of this award will be chosen by the members of the Board of the UKBlues Federation.

International Blues Artist/Band of the Year – The winner of this award will be chosen by the members of the Board of the UKBlues Federation plus a representative of the Award sponsor.

The nomination process will take place between 6th & 20th January 2021.

Except as more specifically detailed above, the first stage of the process will comprise a nomination panel comprising more than 900 people from across the blues spectrum in the UK, being invited to select up to three UK based artists(es), acts, bands for each public award category.

The panel members will be asked to submit their choices in order of preference (first, second, third) with points being awarded according to the position in which the acts are placed by the panel members.

The five acts accumulating the most points for each of the categories will be selected as category finalists and will be entered in a poll comprising the second and final stage of selection – the public voting process. (See below)

To avoid any possible conflict of interest, panellists are asked not to nominate artists in whom they have a close professional interest. Managers, agents, publicists or members of staff of record labels/companies should not nominate any artist(s) that they represent.

Voting will take place during the ‘voting period’ – 1st to 15th February 2021 both days included.

Votes may be cast in any or all categories in any one session. If voters wish to vote in different categories during different voting sessions they may but all votes must be cast within the specified voting period and must be submitted. Any votes cast outside the voting period or not correctly submitted will not be counted.

To seek to ensure a fair and balanced voting process, all voters will be required to vote in a minimum of five of the award categories. Voters are also encouraged to submit a minimum of two nominees per category, preferably three.

The UKBlues Federation reserves the right to disallow votes from voters who have not complied with these requirements.

Logs of all voting activity will be recorded and monitored. Any party identified as having voted or sought to vote more than once will be barred from voting completely (for this and all future awards) and their vote(s) will be discarded.

In the event of there being any contradiction or lack of clarity in these rules, any dispute about the interpretation or application thereof or any other matter upon which a ruling or interpretation is necessary, the Board of the UKBlues Federation will be the final arbiters and point of reference and they will, after proper consideration and investigation, make a decision, as a Board, and such decision shall be final and binding upon all parties.